This post continues on from my previous post about border hopping Canadians. Some informative records were created when Gordon Frederick and Elizabeth Dosenburg Campbell crossed into the United States with the intent of becoming US citizens.

United States Border Crossing Records
Border crossing records can be found on Ancestry.ca if you have a world subscription. Use the Immigration and Emigration category where I found border crossing manifests for Gordon and Elizabeth. Elizabeth’s manifest is dated 20 June 1945 as she crossed earlier than Gordon did. She notes Frank Diss as the relative she was going to join in the US. Frank was the son of Elizabeth (Campbell) Diss, one of Gordon’s sisters.  Additional genealogical information given is that she entered Canada at Halifax in September of 1913 aboard the Magentic. Gordon’s border crossing manifest notes his date of entry as 11 July 1945.

There are additional border crossing documents to be found. Elizabeth received a Resident Alien Border Crossing Identification Card as did Gordon.

Declaration of Intention- Becoming a United States Citizen
Although I found the Declarations of Intention and Petitions for Naturalization for the Campbells via a general search in United States records on Ancestry.ca you could also access them via specific states. In this case you would use the Washington Petitions for Naturalization 1860-1991 collection found by searching in the catalogue.

Petition for Naturalization- Becoming a United States Citizen
The next step appeared to be the Petitions for Naturalization completed 11 July 1945 by Gordon and Elizabeth.  They provide an explanation of why he was listed in the British Columbia and Yukon Directory of 1941 as living in Vancouver even though they married in the State of Washington in 1936. Both of them indicated their intent to become a citizen of the United States 4 January 1946 at Seattle, Washington well after the date of their marriage. Checking the City of Vancouver directories from 1936 to 1944 would be a way of verifying that they lived in Vancouver or area prior to moving to the US with the intent of becoming citizens.

These petitions provide a lot of information about Gordon and Elizabeth. His birth place, Brandon, Manitoba is noted. His three daughters Irene, Shirley and Phyllis are noted as are their years of birth, birthplaces and places of residence at the time of the application.  Elizabeth’s petition gives her birthplace as Oldham, Lancashire, England. We learn that she had one son from her previous marriage who was residing in Vancouver at the time. His birth date and place of birth were also included.  We also learn that Elizabeth had a “large pit scar center forehead” and a “flesh mole right cheek”. This is not likely how Elizabeth wished to be immortalized in the records she left behind! In the photo on her Declaration of Intent form the mole is obvious but the scar is not.

To date I have not found a death record for Elizabeth. One of her step daughters told me that Gordon had outlived all of his wives and none knew of a divorce taking place.

Gordon’s death record causes the same issue on the BC Archives site because Frederick was misspelled as Fredrick. He died 5 July 1984 at Burnaby, British Columbia as a widower. Hattie predeceased him 20 June 1980 at Burnaby, British Columbia. Her death registration notes that she was married to Gordon Frederick Campbell and that her parents’ names were Frederic and Elizabeth Squirrel. Her daughter Ruth (McConachie) Schuyler was the informant. The 1916 Census for township 35, range 16, west of the 3rd Meridian, district 17, Battleford, Saskatchewan, p.16, lines 5-9, captures her first husband John McConachie along with Hattie [Hettie], and children John, Ruth and Margaret.

According to this entry, Hettie Jean is not buried with him and to date I have not found a burial location for her ashes.

In summary, border hopping Canadians created a lot of records on both sides of the US-Canada border. Although my ancestors were in British Columbia and the State of Washington, the same type of records do exist for other provinces and states.

Spending two weeks in the south in the warmth shouldn’t throw off one’s calendar but for me it did. In the “fun” […] 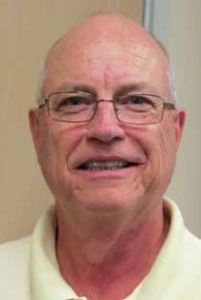 About the time that you are reading this blog post our Delta flight out of Fort Myers, Florida, will be touching […]