Menu
Back to Barton Township Cemeteries

Status for Burials: Closed for burials       Plot Plan: None

Between 1837 and 1853 approximately 763 bodies were buried in the cemetery located at the rear of Christ Church Cathedral in Hamilton. With the cemetery already approaching capacity in 1847, the church Trustees purchased land on York Boulevard from Sir Allan McNab to use as a new burial ground.

When the purchase was completed, many of the bodies were removed from the Christ Church grounds and re-interred in the York Boulevard property. All that remains of the original burial site are 18 monuments in a raised area located behind the church building.

The monuments surround a column inscribed to Richard Beasley as “first settler at the Head of the Lake”. The earliest interment still known to be at this site dates to 1839, for John Farley.

A crypt has been excavated below the church buildings in recent years, and a columbarian installed.

Registered to Christ’s Church Cathedral. Established in the early 1830s and used for about 20 years. It’s estimated about 700 people were buried here, with about half being moved to other cemeteries. The rest remained and the cemetery was paved over for a parking lot.

Behind Christ Church Cathedral in Hamilton is a raised area with 18 monuments.

Christ’s Church Cathedral is the cathedral church of the Anglican Diocese of Niagara. Built in 1835, it is the oldest existing Anglican cathedral in anglophone Canada and the second oldest in all of Canada: only Holy Trinity Cathedral in Quebec City predates it.

Being in the heart of downtown Hamilton, today there is no actual graveyard here. Two columbaria panels are located in All Souls Chapel in the lower level of the Cathedral itself. Visitors should inquire at the office in Cathedral Place: in general, access to the Chapel is freely granted during office hours.

In addition to on-street parking and pay-by-the-hour parking lots in the immediate vicinity, there is a small pay-parking lot behind the Cathedral; entrance is off Hughson Street North (one-way northbound). 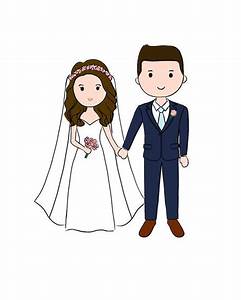 $5.00 Sold By: Hamilton BranchAdd to cart

$5.00 Sold By: Hamilton BranchAdd to cart
Font Resize
Contrast
Accessibility by WAH
Manage Cookie Consent
To provide the best experiences, we use technologies like cookies to store and/or access device information. Consenting to these technologies will allow us to process data such as browsing behaviour or unique IDs on this site. Not consenting or withdrawing consent, may adversely affect certain features and functions.
Manage options Manage services Manage vendors Read more about these purposes
View preferences
{title} {title} {title}